The bond between Buffalo, The Sheila Divine remains strong – Gusto – The Buffalo News 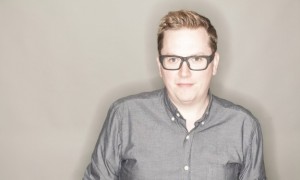 By Toni Ruberto | Gusto Editor
on Thursday, August 7, 2014
There’s not always an easy explanation for why a band connects with fans or a specific geographic area. Buffalo has had musical love affairs over the years with the likes of the Tragically Hip, Lowest of the Low/Ron Hawkins and the Sheila Divine.

The Boston, Mass.-based Sheila Divine, performing at Edgefest on Sunday, was a hot commodity here almost immediately on the release of the 1999 disc “New Parade,” which spawned such hits as “Hum” and “Automatic Buffalo.” It would have been easy to attribute this to the fact that singer and guitarist Aaron Perrino was born in Hamburg. But local ties only take you so far; the music has to do the rest.

Even Perrino understands that. “I assume the connection to Buffalo is me being from here and many of the songs being about the area,” he said. “Or maybe it’s that my songs have that underdog ‘aching to be’ that resonates so well.”

The music struck a chord with fans who packed in to see the Sheila Divine at intimate clubs as well as at large outdoor venues where Perrino backed up his melodic, angsty and anthemic songs with fiery and passionate live performances.

Though it’s been about a decade since the band “officially” broke up – with reunion gigs sprinkled in through the years – it took only three days for a concert set for Friday in the Sportsmen’s Tavern to sell out. “I was pretty surprised, to sell out after all of this time,” Perrino said on the phone. Then, just as quickly as that show sold out, the band was booked to play Edgefest.

At both gigs, you’ll hear plenty of familiar songs, as well as newer numbers from the band, now featuring Perrino, bassist Jim Gilbert, drummer Ryan Dolan and guitarist Brian Charles. “We play all the hits. We play ‘Automatic Buffalo’ every single time. We like playing that one. Most of ‘New Parade’ always makes the set. Any song with a little bit of danger to it, something that we’ll probably screw up, we’ll play,” he laughed.

Though he’s not playing full time anymore, Perrino said he enjoys performing as much as ever. “When you take the pressure off and you’re not trying to make a living from it, it’s a lot more fun,” he said.

The decision to quit music as a career was very difficult, Perrino said. “It came after eight years of pretty much spending every second concentrating on making something happen. But you hit a wall.

“We had pretty much toured nonstop and you could feel it losing momentum, shows were getting sparse and it seemed like a lot of work. The music industry was dying at that point and digital was getting big, there were no more record deals,” Perrino added.

Today, the musicians have “pretty serious careers” (Perrino is in advertising) and create what Perrino, now a father of two, calls “dad rock.”

Perrino has worked on multiple side projects including the band Dear Leader and a “studio nerd project” with bandmate and producer Brian Charles, called the Tuesday Night Recording Club. “We go in the studio and record a seminal moment in music history or an album, like Neil Young’s ‘Harvest.’ I would write a song that would be on that album and we would record it.”

In recent years, the Sheila Divine had a Kickstarter reunion album and recorded the song “Shakespeare Underground.” And we can expect more new music, too.

“I’m always writing stuff. It just depends on what project it becomes. We’ve been talking about recording new stuff for Sheila Divine,” he said. “I’m sure it will happen, we just have to find the time.”